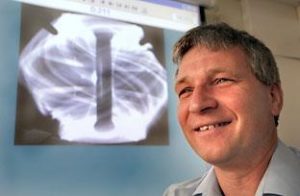 Howard Wilson is Professor of Plasma Physics at the University of York. His research interests span the theory of plasma turbulence, plasma eruptions (called Edge Localised Modes) and neoclassical tearing modes in tokamaks. His skills are largely analytic theory, but he has a strong interest in working with advanced simulation to inform reduced (tractable) models and interpreting simulation data. He graduated from the University of Durham with a degree in Physics in 1985, and a PhD in theoretical particle physics in 1988 from the University of Cambridge. He worked as a theoretical plasma physicist at UKAEA’s Culham site on the national fusion programme until 2005, when he moved to his present position at York. From 2017-2020, he was seconded part-time to UKAEA where he was first the Research Programme Director, and then the STEP Programme Director.