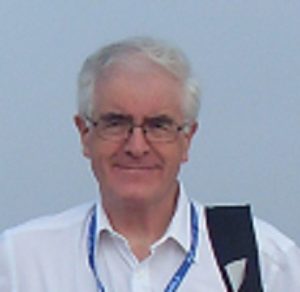 Professor Alan Phelps has research interests in experimental and computational plasma physics, intense electron beams, mm-wave sources, high-power microwaves and their applications. He has published over 600 papers, including over 150 refereed journal papers, with an h-index of 47. After graduating from Cambridge and Oxford Universities he worked as a postdoctoral research fellow at Imperial College, London and Oxford University, followed by an academic appointment at the University of Strathclyde. In 1978 he established a research group at Strathclyde that has now become the Atoms, Beams and Plasmas Group. Having served for periods as Director of Research, Deputy Head and Head of the Physics Department, his present focus is once again on research.  Alan is a Fellow of the American Physical Society, Summa Foundation, Royal Society of Edinburgh and Institute of Physics.  He received the IEEE Plasma Science and Applications (PSAC) Award in 2017.