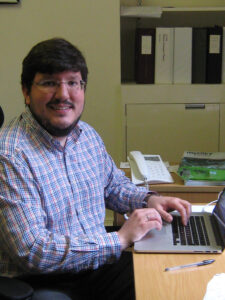 Professor Parra Diaz is interested in hot magnetized plasmas, and in particular, in plasmas for nuclear fusion energy, but has also worked on cold, partially ionized plasmas and accelerators. He studied Aeronautical Engineering in the Escuela Tecnica Superior de Ingenieros Aeronauticos (ETSIA) of the Universidad Politecnica de Madrid (UPM) from 1999 to 2004. He continued his studies in the Massachusetts Institute of Technology (MIT), where his work started to focus on nuclear fusion by magnetic confinement. In 2009, he graduated from MIT with a PhD that earned him the Marshall N. Rosenbluth Outstanding Doctoral Thesis Award. After graduation, he moved to the University of Oxford as an EPSRC Post-doctoral Fellow in Theoretical Physics and a Junior Research Fellow at Christ Church college. He moved back to MIT in 2011, where he was an Assistant Professor in the Nuclear Science and Engineering Department from 2011 to 2013. While at MIT, Professor Parra Diaz got awarded the US DoE Early Career Award. In 2013, Professor Parra Diaz moved back to Oxford as Associate Professor. In 2016, he was awarded the BBVA Prize for the Best Theoretical Physicist by the Spanish Royal Physics Society. In 2019, he was promoted to Professor of Physics.